Traceroute: what is it and how to do it?

Traceroute: what is it and how to do it?

When there are connection failures to specific websites, many people may wonder if the problem is due to errors in their equipment or if their internet connection is compromised.

However, many times the problem happens at some point along the path where the data travels until it reaches you. Understand how Traceroute helps accordingly, how it works and how to test it!

What is the Traceroute command? 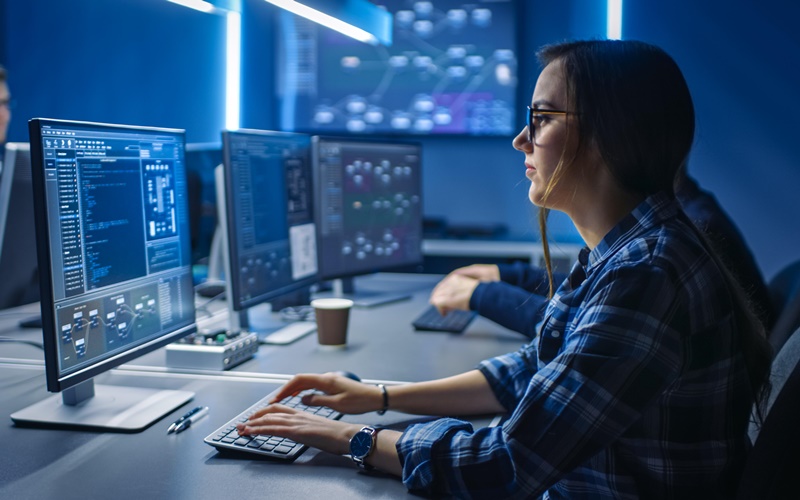 O traceroute, also called tracert, is an English term that basically means “to trace a route”. This command is used when you want to identify the route taken by a data packet over network until arrival at your destination.

To understand better, consider an example. Imagine that you are unable to connect to a website, thinking that the problem could be your internet connection, a problem with the DNS or that the website is down.

However, in several situations, what could be happening is a network problem, but without involving your server or other complex points.

Simplifying the explanation, think that for a connection to be made, several data packets are sent between two points on the internet, containing the desired information when you enter a link, for example.

On the internet, the IP (Internet Protocol) works as an address that allows the transfer of these data packets between the two points, saying where it should go and forwarding them through the network connection.

That's when he leaves point A towards point B, during the route performed, failures may occur that prevent the connection from being made, interrupting the data flow midway. It is in this situation that the traceroute can be used.

When using Traceroute, we can understand which paths the data packets took and where they failed🇧🇷 With this tool, professionals in the area are able to perform tests, management and measurements of a network, detecting where the failures are happening during the sending of data packets.

As we explained, the traceroute manages to indicate the route that certain data packets take until reaching their final point. This is expressed through text commands performed in the application. Command prompt of the operating system, getting an answer after the analysis.

Traceroute performs an analysis to measure the ingress period it takes the network to connect to a specific IP of a server. To perform the analysis, the command considers “lifetime values”, also called TTL (Time to Live).

This acronym indicates the number of hops given between the two machines for a data packet to reach the given destination. During this path, network routers decrement the data packet by one TTL unit before sending it to the next point.

When the TTL arrives at a zero number, the machine that requested access to the destination address will indicate that the time was exceeded in the router, showing that the data packet was discarded.

So the traceroute shows the list of intermediate IPs in the path taken by the data packet that issued this message of time exceeded, being able to find the point where the data packet is being discarded. Traceroute increments the TTL to receive discard messages at each hop in the network.

Also, if the command traceroute displaying an asterisk instead of a time value means that the 5-second time limit has been exceeded, indicating that there is something going on in that part of the path the data packet travels through. There are even jumps that block the response on purpose.

The solution Anlix's Flashbox, is the best option for your operation in the remote management of equipment at customers' homes. It is possible that the provider performs the traceroute directly in our tool and facilitates customer service. Learn all about Flashbox!

How to do Traceroute?

After better understanding what it consists of and how the traceroute, the time has come to learn how to carry out the procedure on your PC. There are some differences in how to do it depending on your system, so we'll explain separately how Traceroute can be done on Windows and macOS systems.

How to do Traceroute on Windows

On Windows operating system you must initially run Command Prompt through the start menu by typing “cmd” or “Command Prompt” in your search bar.

In the opened window, type the command “tracert” next to the name of the site you are interested in, for example: “tracert www.google.com” without quotation marks. Press enter to run the traceroute.

On the screen, a list of the hops that the data package performed will appear, along with the IP addresses referring to the stretches of the route it passed through to travel to the server where the accessed domain is hosted.

In case the Traceroute response shows “Order timed out“, it means that the connectivity is not happening in a complete way, unable to reach the server where the domain is hosted, indicating that data packets were discarded. Remember that this information does not always mean a problem.

How to Traceroute on macOS

If you use Apple computers, first launch the application “Network Utility“, searching for the name in the search field. In the new window that opens, look for the “Traceroute” tab.

In the space indicated, type the site or IP that you want to access and consult, then clicking on the “Trace” button. The command will start analyzing the path taken by the data packets.

Then the command will display a list of the gateways where the packet passed until it reached its destination.

At that moment, tracking of the path to the specified website begins. Thus, the command shows by which gateways the packets passed until reaching the end point, indicating the time in each hop.

Know more about anlix, the first Brazilian development company to offer Wi-Fi remote management and monitoring solutions for routers and ONUs in order to optimize the operation of internet providers. Fill out a quick form below and start testing now!