Which is the best Wi-Fi router for your customers: N, AC or AX?

Which is the best Wi-Fi router for your customers: N, AC or AX?

Understand generations, frequencies, interference and how to deliver the best service just by investing in the right router.

When choosing the best router for users, many questions may arise. “Should I invest in models with Wi-Fi N, AC or AX?”, “Does it make a difference if the device has three or four antennas?”, “Can MIMO support help to have a faster connection?”. You, as an internet provider, obviously want to provide fast and stable access. For this to happen, it is important to understand which factors can help or hinder the signal in each type of router.

It all starts with the nomenclature — which can confuse even experienced technicians. O WiFi “name” varies according to your generation. The first, developed in 1997, was the 802.11 standard. After it came the 802.11b and 802.11g protocols. Therefore, when talking about Wi-Fi N, it is the fourth generation of technology. Next came 802.11ac, fifth generation, and 802.11ax, also known as Wi-Fi 6, the sixth generation of the wireless Internet standard.

In addition to the maximum speed to be achieved, another important difference between the protocols is the operating frequency. All standards created before N operate in the 2.4 GHz band, the first to be released for public use. Because it is older, this is also the frequency range most disputed by devices. In addition, low-range devices, even without an internet connection, such as cordless telephones, baby monitors, Bluetooth headphones or watches, and even microwaves operate at 2.4 GHz, so this is the space with the highest number of noises. And the greater the interference, the more unstable the Wi-Fi connection becomes.

Routers with 802.11N or 802.11AC standards also allow you to work in the 5 GHz band. Interference, in this case, tends to be lower, as there are more channels and spectrum available and fewer devices compatible with the frequency. AC also offers a greater channel width of up to 160 MHz against 40 MHz for N and 20 MHz for previous protocols, which gives Wi-Fi “more room to work”.

More recent, the 802.11AX or Wi-Fi 6 standard, operates in both bands, 2.4 and 5 GHz, and allows splitting a single channel to serve up to 8 devices at the same time, reducing the latency of each device. Therefore, routers with the protocol launched in 2019 are ideal for public places, for example. Wi-Fi 6 is capable of receiving access from several people at the same time without losing speed — data transfer rates between devices on the network can theoretically reach more than 10,000 Mb/s.

In addition to the other ranges, the new protocol may soon also operate at 6 GHz, technology that has been called Wi-Fi 6E. That's 1,200 MHz of additional spectrum between the frequencies from 5.925 GHz to 7.125 GHz: more space and less interference. The regulation of this frequency, however, varies from one country to another. In Brazil, the first devices certified for the 2.4 GHz, 5 GHz and 6 GHz bands should be launched in 2021.

READ TOO:
Is your router secure? Technical analysis of security on popular routers
UPnP Risks on the Router and Possible Solutions 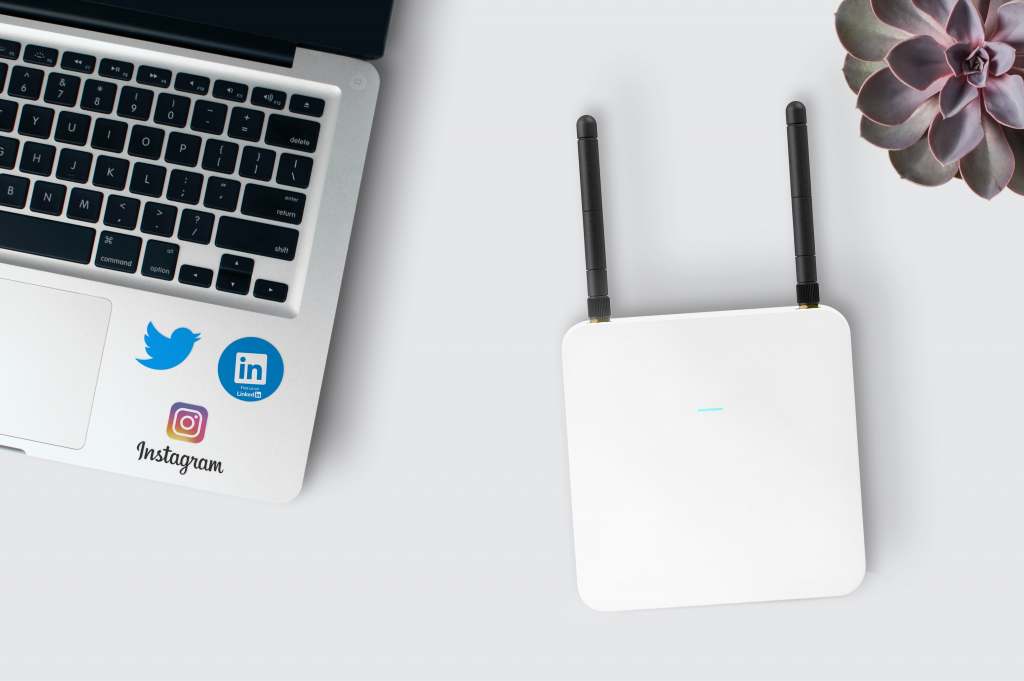 Understand the differences between generations of Wi-Fi standards

Another differential of the most recent routers (AC and AX) is the presence of a new generation of MU-MIMO (acronym for Multiple Users – Multiple Inputs, Multiple Outputs). The technology allows multi-access data input and output, with a greater number of simultaneous users.

A router prior to this standard serves only one connected device at a time. If two streams are started at the same time, one on the TV and the other on the cell phone, for example, the router gives priority to one of them while a few bits of data are stored and then do the same for the other device. The transmission is interleaved very quickly so that the user does not notice the connection split.

As in MU-MIMO each antenna transmits different data to each device, there is no “waiting” during navigation. This type of router manages to keep the signal constant and distribute bandwidth without compromising speed, helping to avoid lags during a game, for example.

The more antennas on the router, the better the end result?

Another factor to be observed when choosing the router is the number of antennas, as this can interfere with the final result. It is worth noting, however, that the relationship between quantity and quality here is not directly proportional.

An older device with two antennas may have one transmitting and the other receiving. If it is more recent and equipped with the MIMO system, you can have two or more antennas to transmit or receive, increasing the performance of the connection.

There are also, on the market, routers with technology to transmit and receive only on two antennas (known as MIMO 2×2), but they are sold with three external antennas — the middle one only serves to give potential to the others. It is also possible that the device is MIMO 3×2, that is, it uses three antennas for transmission, but only two for reception. There are also antennas that can operate in both frequencies (2.4 and 5 GHz), that is, a router can only have three antennas, but have the same performance as one with six antennas, where each antenna operates in only one frequency.

Another case: think of a router with four antennas that uses two for Wi-Fi N (2 GHz) and two for Wi-Fi AC (5 GHz). In this case, it operates 2×2 on N and 2×2 on AC. Does that mean it's better than a three-antenna model? It depends on the chosen frequency. A router with three antennas in 3×3 MIMO operating only in the N standard performs better in the 2.4 GHz band than a device that has four, but dedicates only half to N. First of all, therefore, it is necessary to check the technology that each router uses. 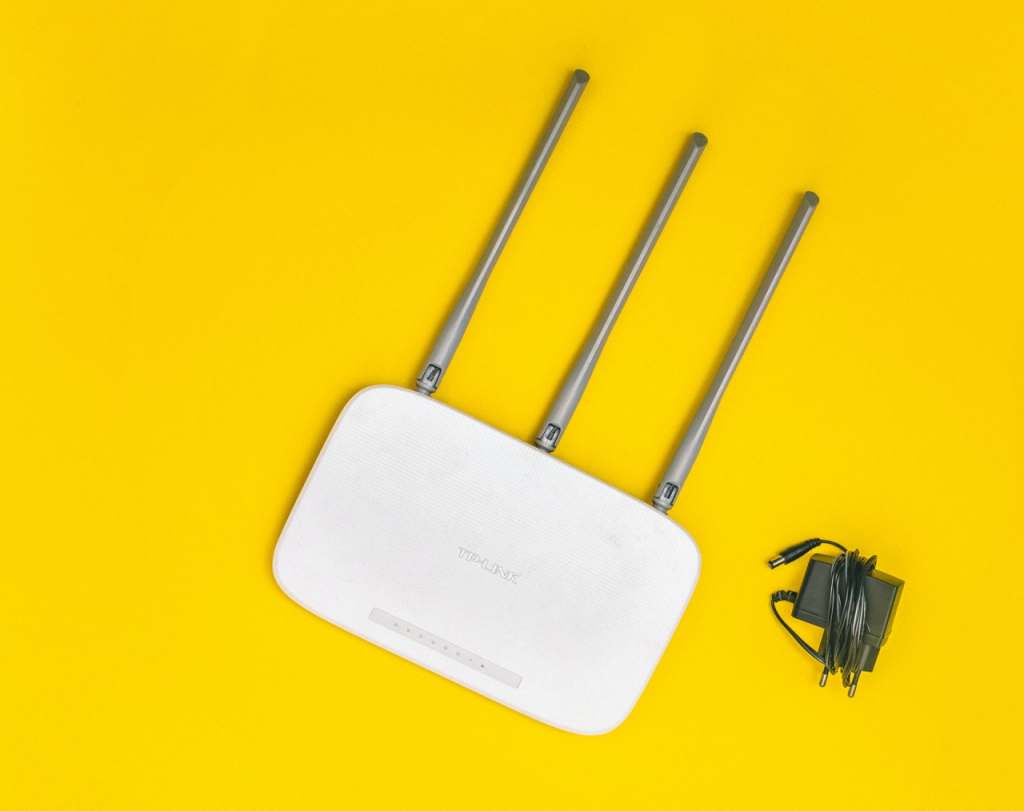 Multi-antenna routers tend to work best in environments with many obstacles.

Is knowing the router enough?

Unfortunately, the answer is no. All these specifications are not only valid for routers, but for any other device that works wirelessly, whether they are Smart TVs, cell phones or Internet of Things devices. Knowing the frequency bands and embedded technologies is important because it allows you to create ways to circumvent the feared interference that each device can suffer. But knowing the devices that are inside the user's home is essential to identify which router best adapts to that residence.

For a person with very old devices a simple router may be enough. For a more up-to-date customer, the 5 GHz frequency present in AC standard routers can improve the quality of service and make a lot of difference in the user's perception.

If the router uses an old standard and only operates at 2.4 GHz, for example, the technician knows that there may be several devices in the house competing for the same signal. It checks which is the best among the 13 channels in that band and, with that, it manages to solve connection problems. Now, imagine that the router is state-of-the-art, but all of the user's other devices are not. In this case, the result is a connection with less performance. At the time of installation, therefore, it is necessary to instruct the customer about the limitations imposed by the incompatibility of Wi-Fi technologies — also to prevent the blame from falling on the provider.

What to do when buying new routers for the company?

The provider, when purchasing routers to use in the company, receives support from the manufacturer and should take advantage of this moment to clarify all doubts. It is interesting to ask for the specification on the antennas and bands that the model serves to guide you and know the maximum speed offered.

Even if your company delivers little bandwidth (below 100 Mbps), this may already be the time to buy AC or AX routers. In the case of low-band Wi-Fi 6, there is the advantage of using multiple devices without interference with the 160 MHz band. As homes nowadays have many connected devices, the customer can benefit from Wi-Fi 6 regardless of the contracted plan.

In addition, routers with 802.11AC and AX protocol may even seem more expensive at first, but they are required to be compatible with previous standards, that is, they work with current services. When there is a migration, there is no need to make a new purchase. At the end of the pencil, in the medium term, the acquisition may even represent savings.